Skip to main content
Story
Considering a ProposalFinding the Ring

The proposal:
Sean is a big nerd, he loves games, movies and all things associated with them. So, in December of 2019 when he asked me to go to the opening weekend of Star Wars rise of the Skywalker, I thought nothing of it and happily went with him and his 2 beautiful kids. We of course went early so that we could get popcorn and watch all the previews, when suddenly, he got down on one knee on the way to the theater. I thought he was fixing his shoelace when he whips out this gorgeous engagement ring from nowhere! I of course said yes, and we proceeded to the longest movie I have ever been to in my life. Such a cruel thing to give a girl such a beautiful ring with such a heartfelt proposal and make her sit in the dark with no form of communication with friends and family for what felt like an eternity to announce the big news. I still do not know what happened in that movie because all I could think the whole time was how happy I was and how beautiful this most perfect ring was. 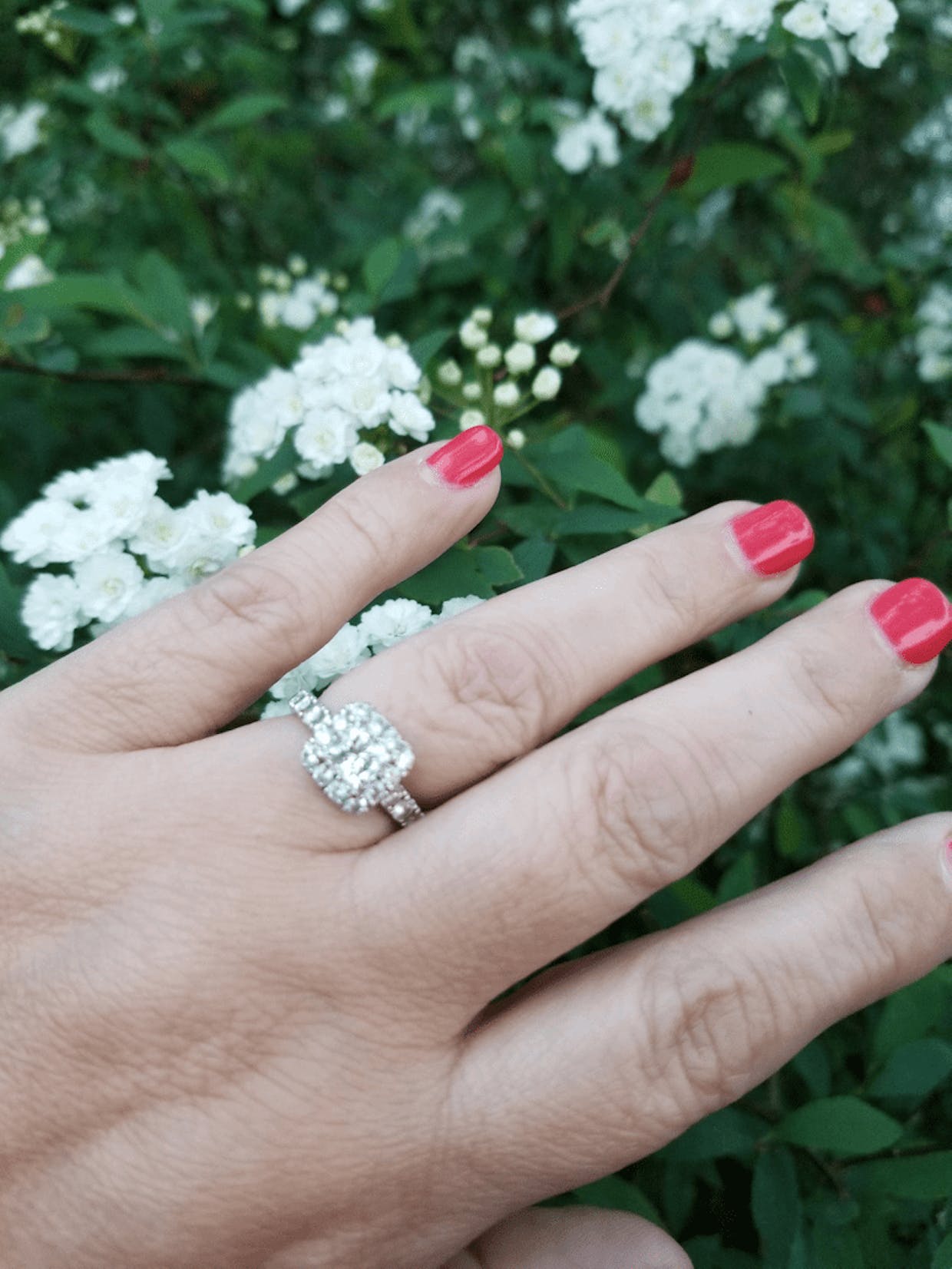 Liked by Brooke Whittaker and 15 others