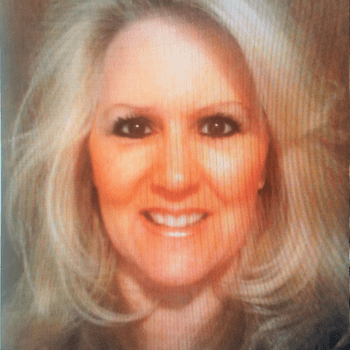 I have been with Kay Jewelers for 24 years. I am currently working as a Virtual Jewelry Consultant on the LivePerson Messaging Platform and loving it!!!  I started in 1998 and quickly wanted to know everything I needed in order to become a Manager.  I became a Manager at Belden Jewelers for many years.  My store was an amazing store and most of the new hires were sent to me for training.  I was a huge believer that my store is only as successful as the employees that I trained!  We spoke about St. Jude on a daily basis and by the time the bears were sold out each year, my store always had a record number of cases donated.  I would personally put them in my car and make many trips on many days to drive them to the local Police and Fire stations for their "Bears on Board" program, where if there was an accident or domestic situation, and there was a child involved, they would give the child a St. Jude Bear!  I also personally donated 50 bears to the Patriot's Foundation each year.  Right after Thanksgiving, this Foundation chose 50 children from area shelters and brought them to the Gillette Stadium in Foxboro, MA for a day where they would get a $150.00 gift card to spend at Bass Pro Shops.  They had to buy themselves a coat, hat and gloves and the rest they could spend any way they wanted.  They had a dinner for them and they also got to meet some of the players and cheerleaders!  The bears were an added gift that they got to keep.  I got married in 2016 and stepped down where I ended up working at Wrentham Outlets.  The Outlet was a whole different experience.  I met people from all over the world!  We used google translators when needed and it was always so interesting to hear people's story and to find our how far they travelled to get here. The most rewarding part of working for Kay Jewelers is definitely the relationships that I have built over the years with countless customers!  My customers are not just customers, but they are my friends!  I have sold to many of their children that I started selling to in 1998!  It makes me happy to know that all these years, I have been part of their story, helping them to find the perfect birthday gift, perfect anniversary gift, and all the other occasions, making wish lists and dreams come true!  I started making wish lists even before it came out in Clienteling!  I had my "Personal Trade" notebook with a page for "Marie's Favorites" and "Carol's dream rings" as well as "Mark's favorite watches and chains".   Working for Kay Jewelers isn't just a job or a career, it's an experience and an opportunity to change lives, make friends, earn trust and feel that at the end of the day you know that you celebrated Life and Expressed Love with every customer!

Do you have questions for Karen Koziol?

Log in to ask Karen Koziol questions publicly or anonymously.

Karen Koziol
Kay Team Member
Posted 7 months ago
I have been with Kay Jewelers for 24 years now! 5 years ago I married the love of my Life! Much to my surprise, I married a woman! I honestly had no idea that I would even EVER think of dating a woman, much less marrying one!

She was my Belden Jewelers customer. I helped her for years and she ended up bringing her brother in because he was buying an engagement ring for his girlfriend and she had trust in me (she was the kind of customer who would come in and ask for me and if it was my day off, she'd leave and come back when I was there). I had to order in Black Diamonds for her brother and a certified centre stone, and he told me not to call him because he lived with the girl and asked me to call Andrea instead and she would get the message to him. I had no problem calling her because other than her being my Jewelry customer, I also owned a Real Estate Company for 9 years and on my days off I'd show houses. I ended up showing her a condo in 2014. So we never hung out, but just knew each other through business.

Well... once her brother bought the ring, Andrea said, through our phone conversations that I was so funny and we should "hang out." Now, keep in mind that I was married to a man for 7 years and I have a wonderful 27-year-old son which she knew about, and it was clear that I was not into women. Well, we ended up going for drinks and food one night and let's just say, I drink Jack Daniels, so I did some of the talking and "Jack" did ALL the rest - even things that I did NOT authorize "Jack" to say - he just didn't listen, lol.

We drank and ate, and laughed and laughed. By the end of the night, I looked at her completely out of the blue, "Jack" said, "you know, we could get married and we'd have the best life because you have literally laughed at every one of my jokes tonight." She said, "well, maybe we should think about that," then we just laughed. The next day she asked me if I had thought about it and I said, I thought you were joking. She said, "I'm absolutely not joking, I have known you for many years and you are one of the most kind, funny, easy-going people I've ever met and I would love to see where this takes us."

Well, I must say that I went into it with my mindset that we would just be friends, however, within 6 months we were engaged then got married 6 months after that, on the same day my mom and dad got married in 1934, on July 31st.

This July 31st will be our 5 year anniversary. So, much to my surprise, after only dating men, I can honestly say I've never been happier! And by the way, of course, my beautiful ring came from Kay! The 4 stones in the middle are VVS1, F Color! Bling! Bling! Bling! 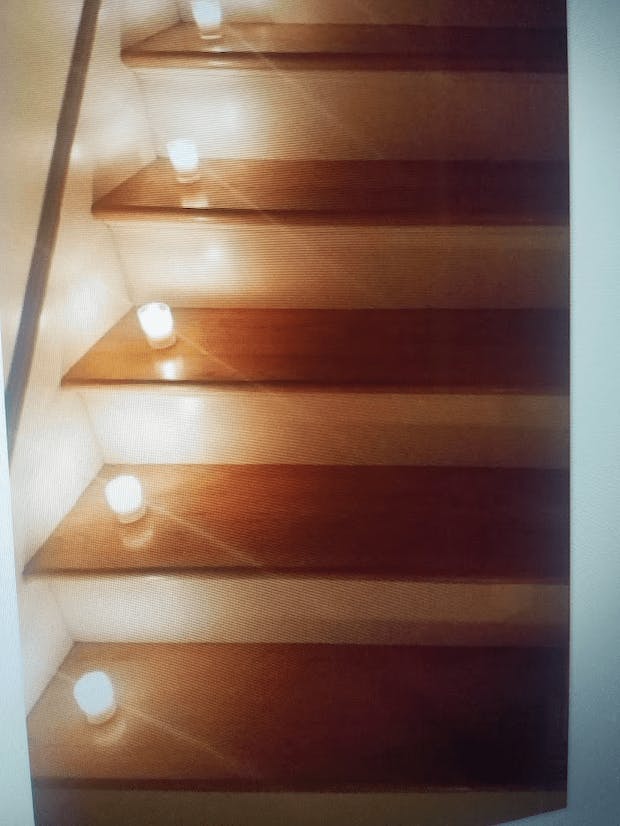 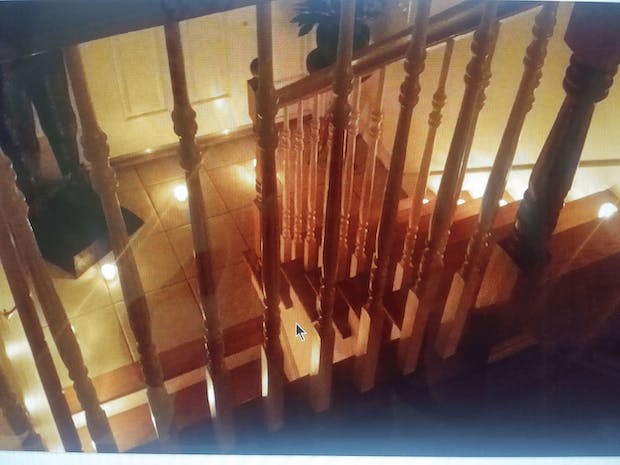 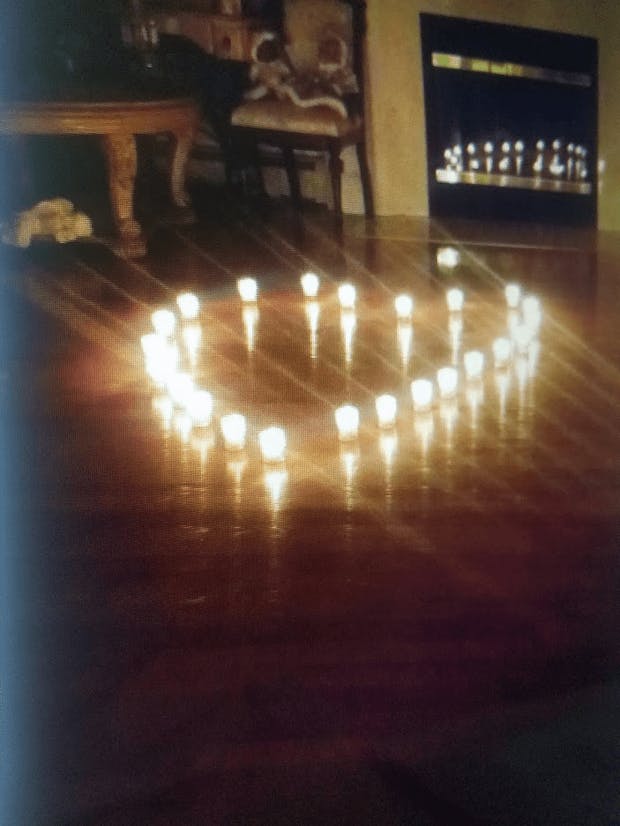 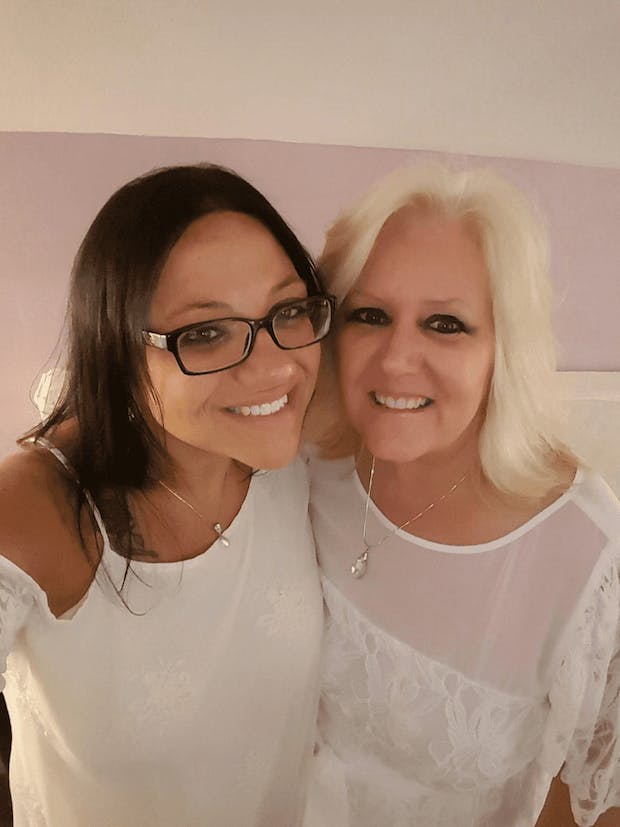 Liked by The Union and 7 others